ABOUT F.G.M. AND CHILD MARRIAGE

Female Genital Mutilation (‘FGM’) is the removal of a young girls’ genitals through a painful procedure, often with blunt tools and rarely with anesthetic.The genitalia is partly or entirely removed supposedly to suppress sexual desire. This secret society and ceremony called “Bondo” is where genital mutilation is conducted on prepubescent girls between the ages of 4 and 10. Unfortunately, those who conduct the ritual don’t realize the incredible pain these girls endure for the rest of their lives. While most survive this inhumane ritual, the complications do lead to a concerning number of deaths. The healing process involves the sewing together of the labia or outer lips. Only a small hole for urine and menstruation remains. The girl’s legs are bound together while she lies, unable to move, for about three weeks. The healing is nearly completely undone when the girl marries, as the scar needs to be re-opened, by her new husband, before intercourse. This is a completely barbaric form of torture.

After the ritual, girls are paraded into the community as a celebration occurs where men can look at possible young brides. Young girls in many cultures aren’t entitled to make their own decisions about what happens to their bodies. In fact, the belief is that by putting these girls through genital mutilation at a young age, they will not cave into sexual desires and will be more loyal to their husbands. This is a tragic crime and violation of Human rights.

Female Genital Mutilation is executed without sterilized tools or anesthesia on young girls and women. There are no associated health benefits with this procedure, nor is there any evidence to support the belief that removing or mutilating the genitals does suppress sexual urges in females.

This ritual procedure is not usually conducted by medical professionals, rather by elders. Hygiene is not usually a consideration as knives, scissors, razor blades or pieces of broken glass can be used, oftento cut all of the girls attending the ritual with the same blade. Some genital mutilations are carried out by health care providers with some training in Western medical practices, but that is just as alarming.

Cutting out a woman’s genitals clearly shows the inequality between the sexes, and it violates their human rights and other rights included in the UN’s ‘Universal Declaration of Human Rights’.These include a person’s rights to health, physical integrity, the right to freedom from torture and otherwise inhuman treatment, and the general right to life.

This procedure has been recognized internationally as a violation of the human rights of girls and women and something needs to be done to restore these rights. Of the 54 countries in Africa only 16 have laws that ban FGM, unfortunately, even those laws are often ignored.

Because these traditions are engrained in many communities and girls are sworn to secrecy and even threatened that they will be cursed if they share what goes on during the ritual, it has continued for far too long. It requires sensitivity and awareness efforts as well as working with local governments and leadership to change these customs. Help us put an end to this hideous crime and give young girls the right to their own bodies.

*This information is from the World Health Organization 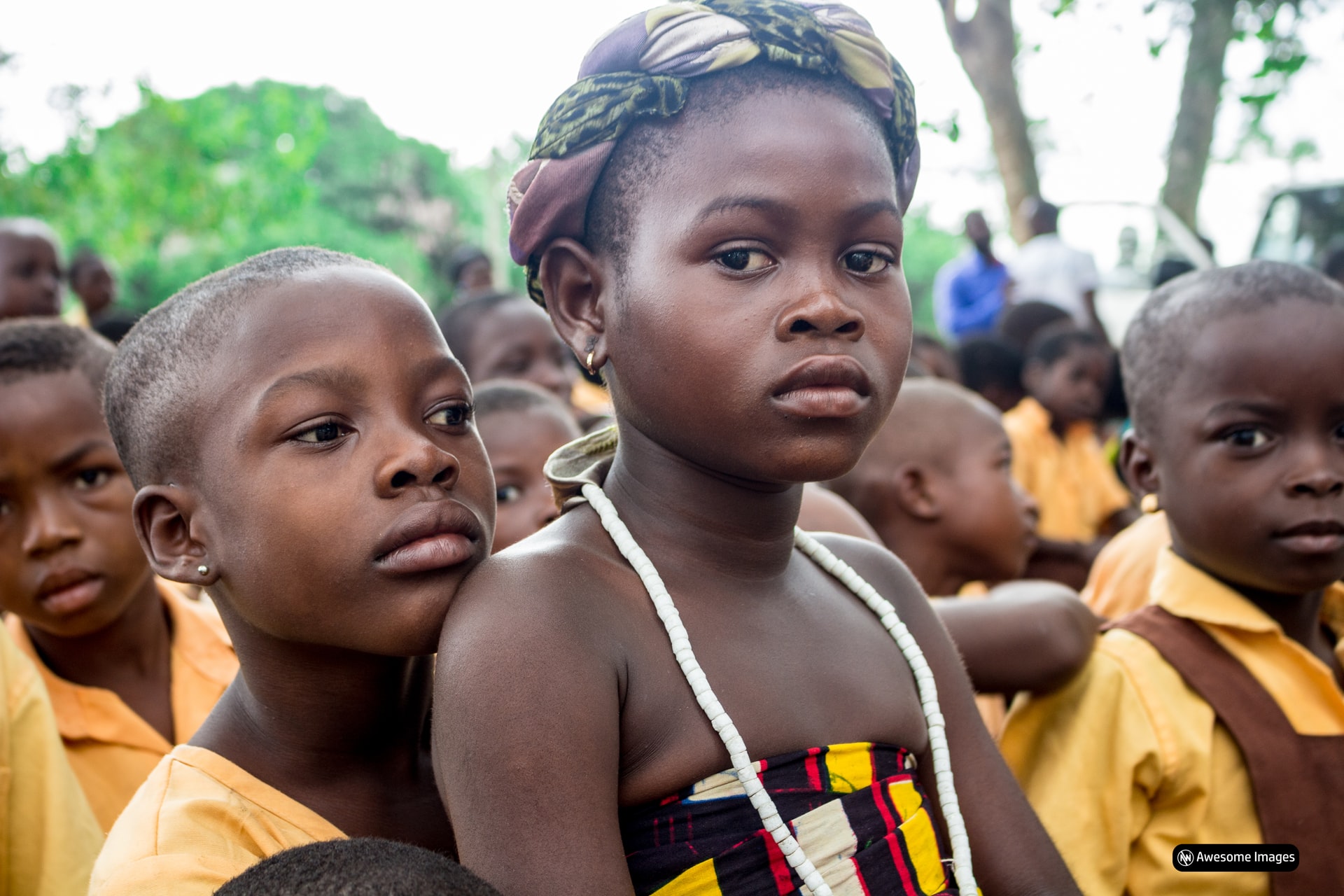 In many parts of Africa, not only is FGM practiced, but often girls as young as 12 are forced into marriage with older men. A man can decide he wants to take a young girl as his bride, even at the age of five or seven and if he offers the parents a “bridge prize” and they accept, they will begin allowing the man to keep the girl for periods of time to groom her until she gets her period around age 12 when she will be given in marriage to the man as promised.

When these men die, they leave behind young mothers with many children to feed and often their traditions forbid women to remarry. These women contemplate a future in poverty unless they can ‘marry off’ their young daughters in exchange for a ‘bride price’, usually a farm animal. As each daughter gets “married off”, she also has one less mouth to feed. Many of these girls are never allowed to be educated or their education stops when they become married.

HELP TO PROVIDE EDUCATION AND SHELTER FOR YOUNG GIRLS